Currently a member of the The Allman Betts Band, John Ginty has been Neal Casal’s most valuable musical sidekick, and played on all of Neal’s solo albums. After taking part to the recording of Fade Away Diamond Time, Ginty played and/or recorded with Robert Randolph’s “Family Band“, The Allman Brothers, Santana, Govt. Mule, Bob Weir, Whiskeytown…

John, can you tell us a bit about yourself?

I was born and raised in Morristown NJ. I graduated high school in 1990, and joined a band called Rose Hill as the keyboard player. My background in music was as a drummer. Jazz bands, marching bands, all of it. I had just made the switch to keyboards, and answered an ad I saw in a local head shop. Rose Hill was a cover band, playing mostly Allman Brothers, Derek and the Dominoes, and Grateful Dead. The band was quite good, and we used to pack the Wetlands, a great club just the other side of the Holland Tunnel in NYC.

As an organ/keyboard player, who has been your model or influence that helped shape your style ?

Gregg Allman, Chuck Leavell, Benmont Tench. The rock organists who can frame songs are my trip.

How and when did you meet Neal ?

In 1992, Neal was doing demos and looking for musicians. The story goes, Neal saw a flyer with the Rose Hill logo on it, and thought it was cool – Rose Hill had an awesome logo my buddy Dan drew up… He and Gary Waldman came to see the band at the Wetlands. They stood in front of the B-3 for a song, looked at each other, and said “that’s the guy”.

They came backstage after the show and asked if I’d be interested in playing in Neal’s band, going to LA to make a record, and go on tour. They gave me a cassette with the Warner Bros logo on it. (Neal had just signed a publishing deal with Jim Cardillo at Warner Chappell). I went home and listened over and over. I was so excited. I  had made it. I was a professional musician.

What a voice. Incredible. My first cassette had a song called “Indian Summer” on it. At the time we both thought it to be a little TOO commercial, and it stayed in demo land, didn’t make it onto Fade Away Diamond Time. Turns out, Neal was just way ahead of his time. You find that over and over with Neal’s solo career. Bands like Train would come along years later and have a ton of hits, none of which are as good a song as “Indian Summer” is.

Let’s not forget that FATD came out way before The Wallflowers were a band. “Maybe California” is just as good a song as “One Headlight”. I guess the timing was just too early. The business of music is all about timing.

You and Neal shared a lot of musical tastes ? And a mutual bond beyond music, it seems…

Yes. We had The Allman Brothers and The Grateful Dead in common, big time. We were constantly turning each other on to stuff. Neal turned me on to Jackson Browne, Lyle Lovett, and schooled me on The Rolling Stones. He knew everything about the Stones. We covered many miles in his old green Oldsmobile across New Jersey, the big blue tour van across the USA, rental cars in the desert, and Volkswagen’s in Berlin, always with a cassette in the deck. The memories and the stories go way beyond the music. The music is the thing that gets you there. My favorite memories of Neal are the Cubs games in Chicago, hiking through Joshua Tree, being stranded in a blizzard in Midway. We experienced a lot together.

It seems you two built together the Neal Casal sound of the early days….

Can you tell us about the other players on the album. Jim, Bob, Don…Did you know them before recording this album?

Jim Scott had come out to see us in New Jersey, and we went up and recorded a few things up at the Carriage House Studio in Connecticut. The result was great, but not really “record worthy”. The idea became to go to LA, to a studio Jim liked, with a rhythm section he had used before. It was a rock’ n roll dream come true for us. Don Heffington had been in Lone Justice, and played with Emmylou Harris. Bob Glaub played bass on freaking everything, from Donna Summer to The Doors.
Our first day with those guys in the studio was a changing moment for me and Neal. There was a problem with the groove when we listened back, and the problem was.. US!! Don and Bob had such a deep pocket. It was like we had never played music before. We knew right then and there we had better find the pocket, and find it quick. It became this elusive thing we would chase for years. How good can we make it feel??

Can you describe your average day during the recording sessions at Palacio?

It was the days of remote recording, and we made the most of it. Your day could start with a bike ride, or a hike, or some basketball. After coffee and such in the kitchen, you’d walk down the hall and be in the control room. Jim and Frank (Frank Gryner, the assistant) would be getting set up. Instruments strewn through the house. My B-3 and piano were set up in the end room by the pool table. I had great views of the mountains, and would often see the gardeners go by with a wheelbarrow during the take. It was the total opposite of working in a dark, windowless studio. We’d cut all day, stop for overdubs, lots of guests and girlfriends coming by. We worked hard, but when you had a break, you were steps away from paradise. Tennis star Jimmy Connors lived at the bottom of the hill, and the Reagan Ranch wasn’t far. The trippy town of Solvang was a short drive for a restaurant, or you could go to LA and scoop up a bag of weed in a few hours.

What is your favorite song on the album ?

That’s tough, they feel like children! “Maybe California” represents the vibe the best. “One Last Time” is probably my favorite to play.

And your own favorite contribution to the album ?

The very first note. “Day In the Sun” starts with a pretty serious Hammond B-3 windup.

Was there a sense of the album being part of a burgeoning musical movement ?

It felt like we were going backwards, in the sense we were honoring artists like Jackson Browne and Neil Young, The Stones, we never felt like we were inventing anything. Turns out we were early to the game. Americana, singer-songwriter, it was just about to pop. Timing is everything. The record is still brilliant, even though it was born premature.

Which influences were brought up by Neal or you guys prior or during the recordings ? Neil Young ? The Byrds/Burritos connections ? Exile ? Some others ?

We never actually said it, or tried to do it. That stuff was just on the car stereo. Then we went to the place where those guys recorded that music. With a rhythm section that actually played on those songs, and a producer who actually made those records. Neal and Gary were smart enough to put us in a position where we didn’t have to try to sound like anything, because the team and environment WAS the real deal.

“I’ve never heard Neal as anything but a rocker. He always had enough Paul Rodgers in his vocal delivery that it’s nullified any thoughts of cowboy hats.”

Would you call it a “country-rock” record ?

No, I’ve never heard Neal as anything but a rocker. He always had enough Paul Rodgers in his vocal delivery that it’s nullified any thoughts of cowboy hats.

Was there a sense of making an “important” record ?

It was, but only because it was our first. We were well removed from the Hollywood thing, so there were no A&R guys breathing down our backs. We knew it was good. We knew we were having the time of our lives, so it never felt stressful.

How did you react to its lack of impact at the time ? Did you feel any presence (or lack of), support from the label executives ?

At the time, it certainly felt like Neal was going to be a victim of record label abuse. Turns out, it’s more of a long game approach with artists like Neal. Like, 20 plus years long game.

Do you think Neal was very hurt by that ?

Of course he was. Listen to “Rain, Wind, and Speed”, the follow up to FADT. It’s all right there.

You went on to playing on more records produced by Jim Scott. Did your part in the recordings of Fade help your career?

I’ve said this before, and it’s absolutely true. I’ve had a very successful career in music. I’ve played on hundreds of records, (over thirty with Jim Scott!!), won awards, toured the globe, I’ve done it all.

Every single one of those things happened through the good graces of Neal Casal. Every relationship I have in this business, I have because Neal and Gary stood in front of the B-3 that night in NYC, 1993, and gave me a shot.

25 years after its original release, what is your own personal opinion on Fade Away Diamond Time. Is it a record that you have gone back to and played ?

I’ve had several great playbacks of that record, some with Neal. We were in L.A. working on someone else’s record in the early 2000’s (we did that a lot by the way.. James Iha, Amy Allison, Todd Thibaud, Sheryl Crow), and we had a day off. We decided to drive up to Palacio Del Rio, and listened to Fade Away Diamond Time on our way.

While I have my own views about the record’s song choices, (I felt he had some great songs that didn’t make the cut), I can tell you this much: the record sounds best in the location we made it. It sounds great in New Jersey, don’t get me wrong. BUT, driving up Pacific Coast Highway on a perfect California day, windows down, shades on, blasting “Free to Go”, is the shit brother…

The Allman Betts Band‘s new album Bless Your Heart is out now on BMG.

Neal Casal’s Fade Away Diamond Time will be released on October, 23rd and can be pre-ordered here. 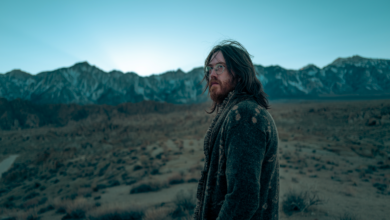 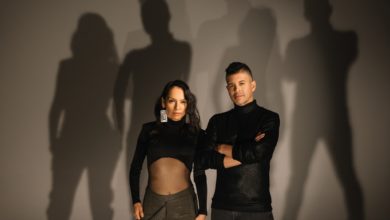 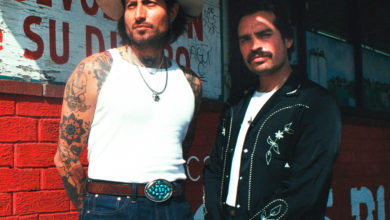